After failing to qualify to the 1990 and 1994 tournaments, and having the immense responsibility of holding the 98 World Cup in their country, the France National Team players were ready to prove themselves on the biggest stage and silence their critics altogether. And they were set to do it style, with an Adidas shirt that took inspiration from the one used in the 1984 Euro, also set in France, that meant their first continental title. One horizontal red bar and three white ones on a blue jersey became somewhat of a talisman for the French.

The road to the championship began with a convincing 3-0 victory against South Africa, followed by another convincing win against Saudi Arabia, this time 4-0, with a young Thierry Henry scoring two goals. But this time the win came with a casualty: French superstar Zinedine Zidane got a red card and a two match suspension, that would mean for Les Bleus playing their round of 16 game without their best player. The last match of the group round was a 2-1 victory versus Denmark, completing a perfect 9 points total.

Then, Les Bleus, without their biggest star, faced what was probably their toughest match in the tournament, the rocky Paraguay, led by the great José Luis Chilavert, and two of the strongest CB’s of the era, Celso Ayala and Carlos Gamarra. The South Americans held their own for 114 minutes that seemed eternal to the French, and seemed poised to win it on penalties under the guide of PK scorer/stopper Chilavert, but then Laurent Blanc managed to score and save the day.

On quarter-finals, they were matched with Italy, runner-up of the 94 cup, and the match went scoreless for 120 minutes, and was to be decided on penalties. Roberto Baggio took the first one, with the large shadow of 94 looming behind him, but this time he managed to beat the keeper, Fabien Barthez. Albertini and Lizarazu missed consecutively, and with the shootout tied, Di Biagio missed. Laurent Blanc was tasked for the final one, and again, he delivered. France won.

Finally, semifinals arrived, and the French had to face the up-and-coming Croatian team. After the collapse of Yugoslavia, Croatia emerged from the ashes and managed to take a spot in both Basketball and Football in the European elite. A team packed with stars like Real Madrid’s Davor Suker and AC Milan’s Zvonimir Boban, had a great run on the tournament, demolishing Germany 3-0 on quarter-finals. The Stade de France at Saint Denis was the stage, and the French once again delivered. After an initial goal from Suker starting the second half, the french ended up with an unusual hero. One of the best defenders in the world, Lilian Thuram, playing RB that day, managed to score his only two goals with the national team in his career, exactly when they needed it the most. That day he left the field swarmed by chants from the fans enshrining him as the new President of France. 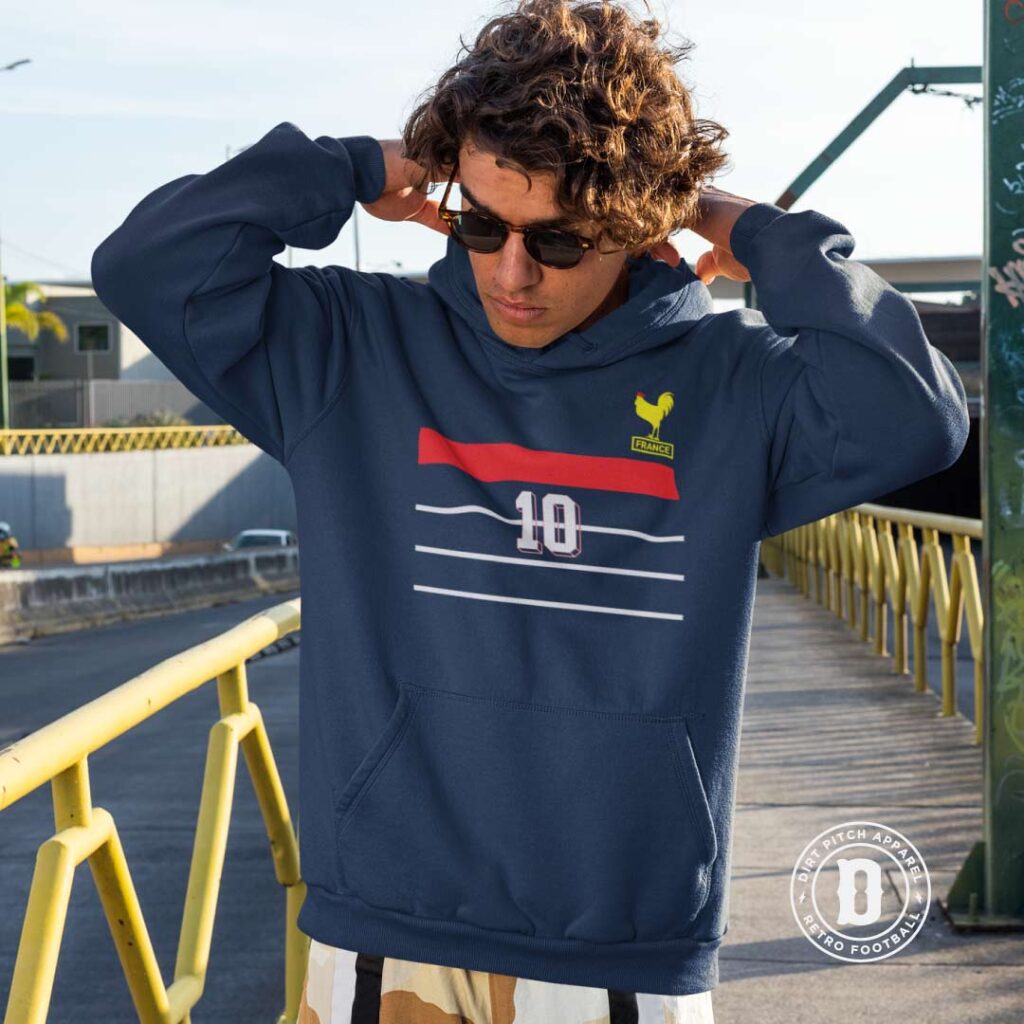 Only one more army stood between the french and the trophy. The current champions, Brazil, led by the best player in the world, O Fenômeno, Ronaldo, were favorites to win it again. The night before the match, the South American superstar fell mysteriously ill. Circumstances of the whole affair remain murky even today, filled with conspiracy theories about what could have happened. The team doctor reported that the striker suffered convulsions that night and was rushed to the hospital. He was not on the lineup coach Mario Zagallo initially submitted in the day of the match, but slightly over an hour before kick-off the new teamsheet showed Ronaldo as the starting forward.

The game was dominated by the French side from the get go, and by the end of the first half, Les Bleus were two nill up, with two header goals from Zidane, coming from corner kicks. Ronaldo’s performance was underwhelming.

In the 68th minute central defender Marcel Desailly saw a red card, and the Canarinha pushed for a comeback, but couldn’t manage to score. On aggregate time, in a counter-attack, Petit put the final nail on the coffin on a blazing counter attack. 3-0 and the cup stayed in France.

The legacy of the 1998 France shirt lives on, and the template has been reused several times, more famously by the 1999-2000 Bayer Leverkusen, led by Michael Ballack. FC Gueugnon also used the same template that season, when they unexpectedly won the Coupe de la Ligue, but sadly that sponsor sure wrecks the design, in our opinion. Other teams used it to, and there are even random templates from that era floating around thrift shops all over Europe, like the one pictured below.